Paradox specializes in helping clients, large and small, develop and implement compensation programs that are aligned with their business mission and objectives, are fair and are compliant with compensation regulations and policy. Our deep experience working with a wide range of clients and compensation challenges allows us to deliver “big firm” expertise – without the extraordinary overhead or bureaucratic inertia of larger agencies.

Why Work With Paradox Compensation Advisors?

Paradox is an end-to-end compensation development and advisory firm. An effective compensation system drives performance – for both your employees and your organization. Organizations choose Paradox because they want trusted advisers who have a broad understanding of compensation practices, and who can also expertly guide projects from initiation through implementation. Paradox specializes in helping clients large and small develop and implement compensation programs that are aligned with their mission and objectives, fair and compliant.

Benefits of working with Paradox:

Our Comprehensive Suite of Compensation Consulting Services include: 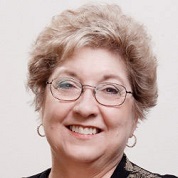 She is known as a business-oriented advisor who works tirelessly to find customized solutions to support company performance and employee attraction and retention. Ms. Day specializes in broad-based pay programs (base pay and incentives, including those designed for sales and teams). Ms. Day was an early proponent of redesigning compensation programs to support the implementation of lean manufacturing systems. Her expertise also includes compensation-related Human Resource processes such as performance management and development of competency systems. Ms. Day has partnered with companies both small and large, in the United States and around the world. Examples of clients include Alabama Power, Entergy, Georgia Power, Honeywell, Massachusetts Municipal Wholesale Electrical Company (MMWEC), Mestek, Phelps Dodge, Presbyterian Hospital of Dallas, Sunoco and Texas Instruments.

Ms. Day previously held executive positions in the energy industry, including Sun Company. Her last industry position was Director of Compensation and Organization for Sun Exploration and Production Company. In that position, she was responsible for the development of their broad-based and executive compensation programs, leadership development, organization design, and process improvement consulting. She led the company’s efforts to develop their first HRIS system.

Ms. Day frequently speaks at executive conferences and has authored articles on compensation and management topics. She is currently president of the Dallas F/W Chapter of NAWBO (National Association of Women Business Owners) and a member of the prestigious Women Presidents Organization.

Ms. Day holds a master’s degree in business from Southern Methodist University and completed undergraduate work at the University of Texas at Arlington. 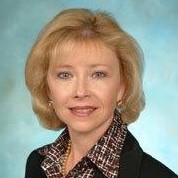 For almost 30 years, Marsha Cameron, Co-Founder at Paradox Compensation Advisors, has applied innovative yet pragmatic thinking to the design of compensation systems. Her approach focuses on the integration of a company’s business strategy and objectives with its reward programs. A pioneer in the use of statistical analyses and technology in the compensation field, Ms. Cameron specializes in pay programs for both executive and broad-based employees. She has worked with privately held and publicly traded organizations in a broad array of industries, as well as nonprofits. Clients who have sought Ms. Cameron’s expertise include AT&T, Bank of America, Booz-Allen, Campbell’s Soup, Canadian Pacific Railroad, Coca-Cola, Dairy Farmers of America, The Federation of State Medical Boards, Liberty Science Center, PriceWaterhouseCoopers, Shell International, Staples, Toshiba USA, and TXU. A number of her assignments have included an international focus.

Ms. Cameron holds a master of science degree from Columbia University, where she was a Paul F. Lazarsfeld fellow. She graduated Phi Beta Kappa with a bachelor’s degree from the University of California-Riverside.

Ms. Cameron has written numerous articles and two book chapters on the topic of compensation. She is on the Executive Board of the Dallas Symphony, where she currently chairs the compensation committee.